What other benefits do they have?

– they prepare quickly, save time,

– nutritious and easy to digest,

– is the perfect balance of complex carbohydrates, vitamins and minerals,

– Oatmeal smoothies can be supplemented with a variety of ingredients to suit every taste. Apple, banana, cinnamon, honey, berries and much more.

This variant of smoothie is similar in aroma and taste to apple pie. Oatmeal and apple together make a nutritious and very vitamin smoothie a wonderful dessert.

At the apple remove the core and slice it into small pieces. If you want a homogeneous smoothie, you can peel the apple from its peel, but this way you will lose valuable vitamins.

Add a pinch of cinnamon to the apple.

Put oatmeal flakes in a bowl of the blender and pour it over with yogurt.

Beat the ingredients in the blender until homogeneous.

Give the drink five minutes to infuse. Add honey or maple syrup before drinking. You can sprinkle cinnamon smoothies on top. Put the large sliced bananas in a bowl of the blender. Pour in the milk and beat all 30-40 seconds until homogeneous.

Add the oatmeal flakes and beat it still for 1 minute.

Add the ground cinnamon. Taste the drink and add some honey or maple syrup as desired. Mix it still for 30-40 seconds.

Pour the drink into glasses, add a few ice cubes if desired and serve to the table. 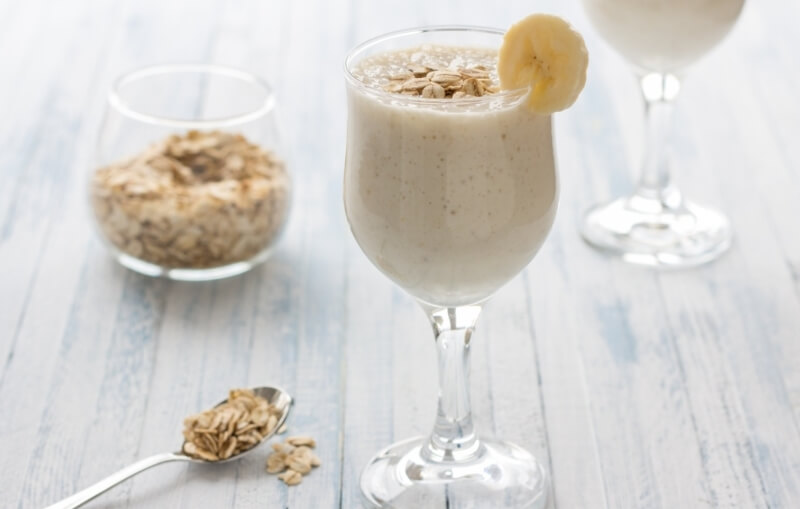 In a bowl of the blender we put oatmeal flakes, blueberries and pour yogurt. Beat to homogeneity for 1 minute. In a bowl of the blender put pieces of banana, peach, add oatmeal flakes. Pour it all in yogurt. Beat the ingredients with a blender to homogeneity for about 1 minute. You can add honey to taste and beat for 10 more seconds.

Pour the smoothie into the glasses and sprinkle cinnamon. 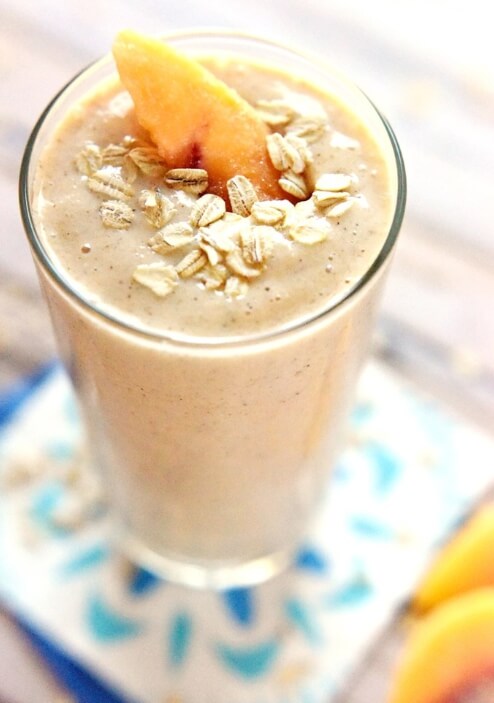 Prepare the ingredients on the list, wash the greens. Grind the oatmeal flakes slightly in a grinder, but not in powder.

Cut the stalks off the parsley, put it in a blender.

Cut the cucumber in small pieces, also put it in a blender.

Next, cut the large celery stalks.

Cut off the stems from the spinach – they are rigid and fibrous, cut the bundle of green in half, put in a blender.

Put the flax seeds and shredded oat flakes into a blender, pour the olive oil and water.

Last add lemon juice and some sea salt to taste.

Adjust the thickness of the drink with water. 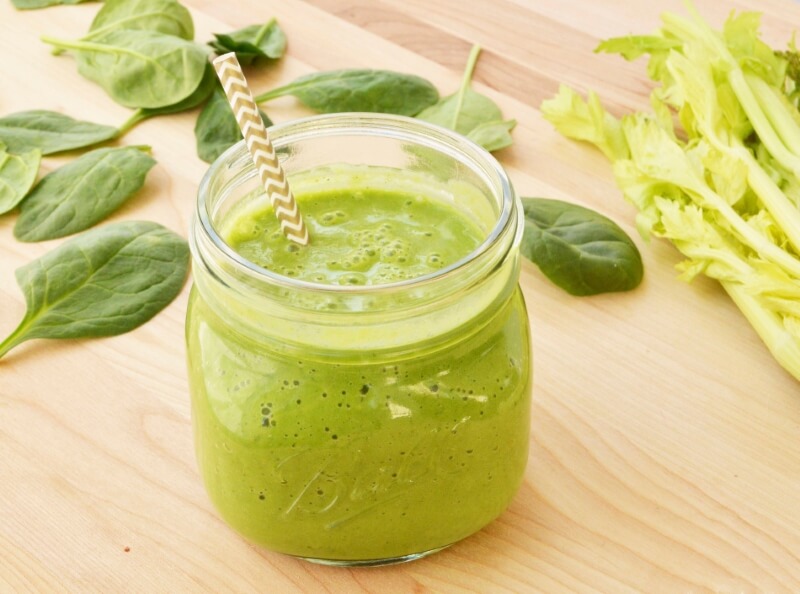 We wish you to be slim and healthy!

This site uses Akismet to reduce spam. Learn how your comment data is processed.